Hacked Off can today reveal, after an analysis of Government transparency data, that employees of Murdoch’s newspapers met with Government Ministers or their advisors a staggering 206 times in the last 2 years. This includes editors and executives working for The Times, Sunday Times and the Sun newspapers.

The detail of what was discussed at these meetings has not been published.

Sir Brian Leveson, in the first part of his Report, said that the detail of any media policy matters discussed at these meetings should be published. This recommendation has been ignored by the Government.

Instead, Mr Murdoch’s employees are able to lobby the Government for policy favours – on media policy, but also in other policy areas – in near total secrecy.

The research, set out in graphics below, shows that: 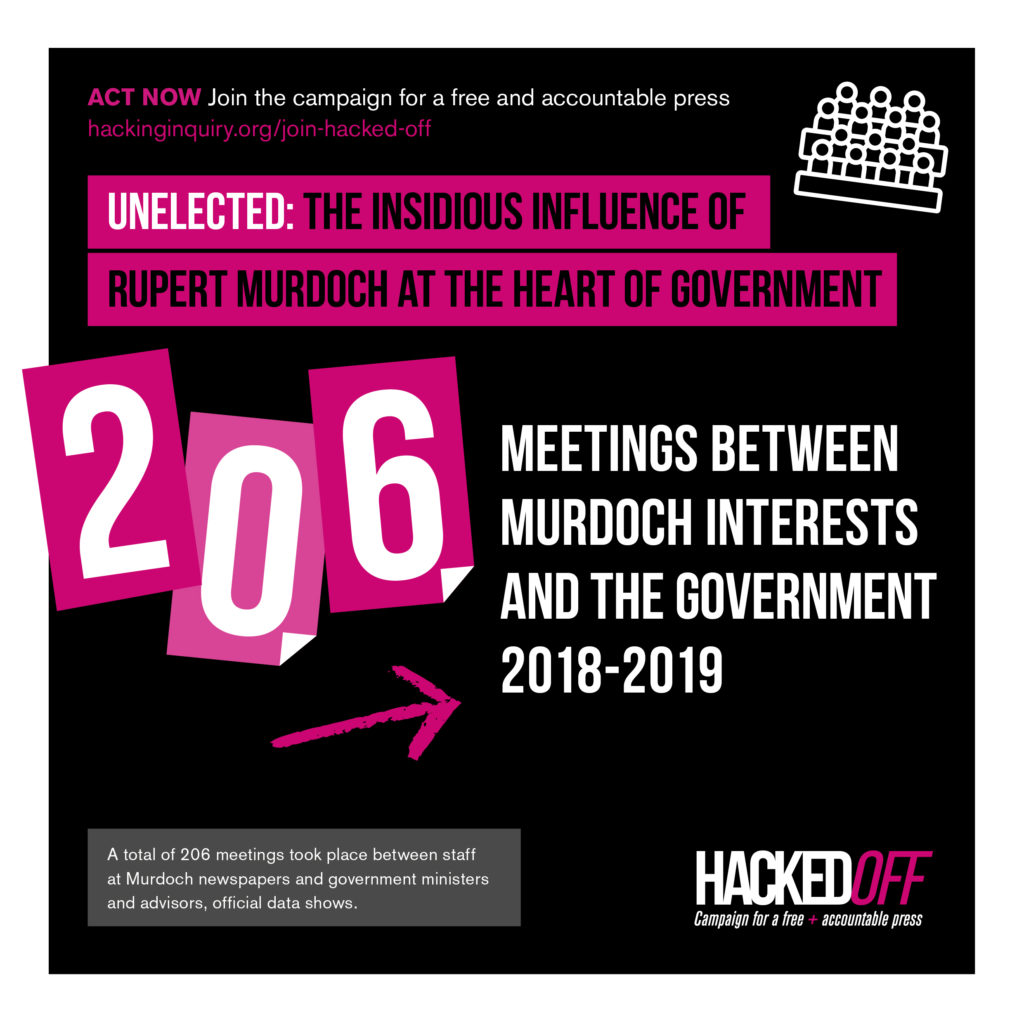 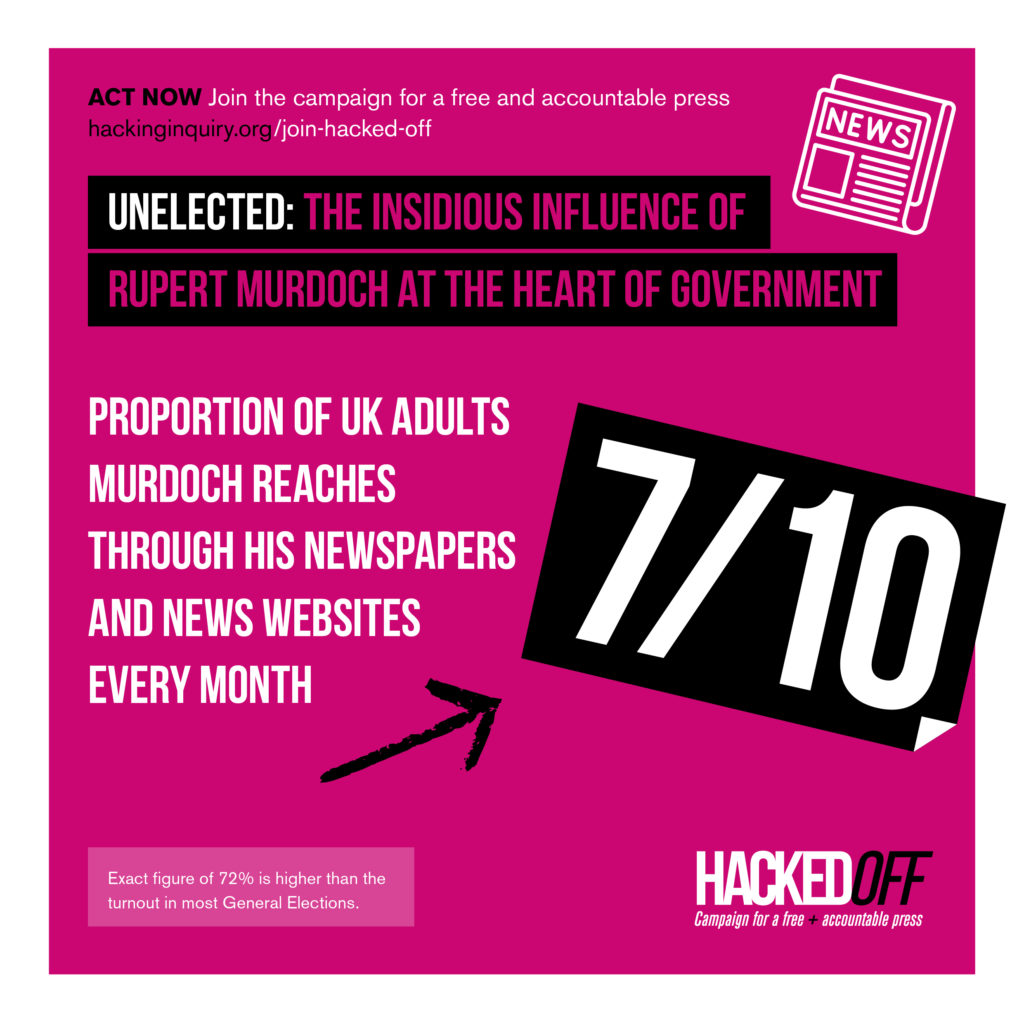 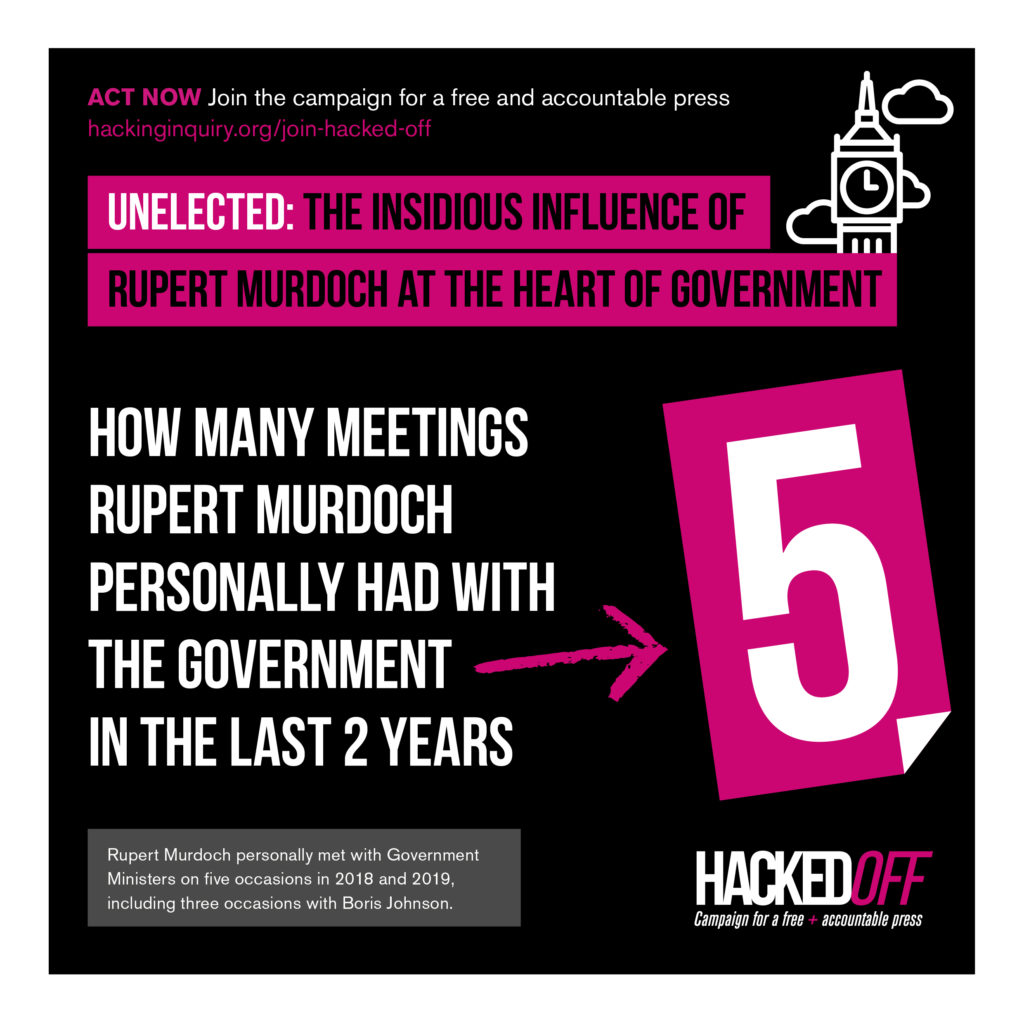 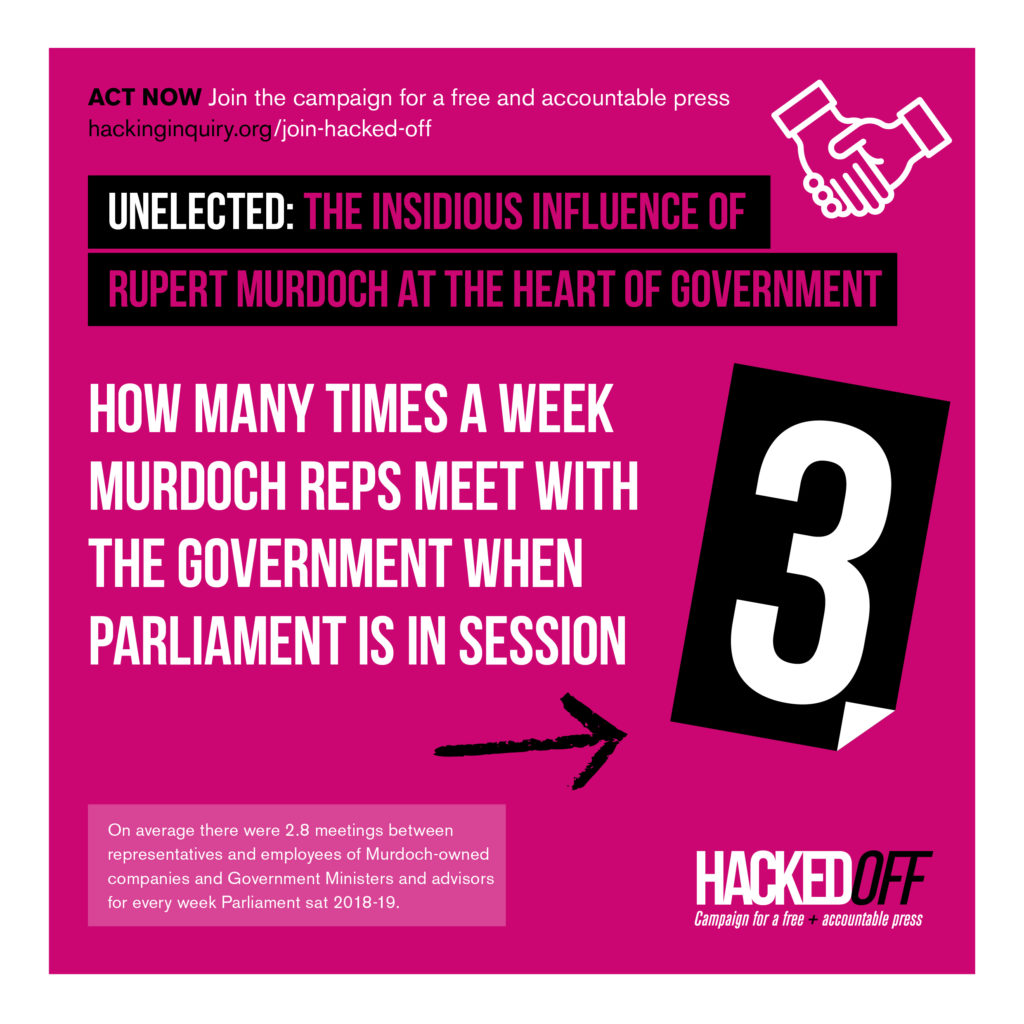 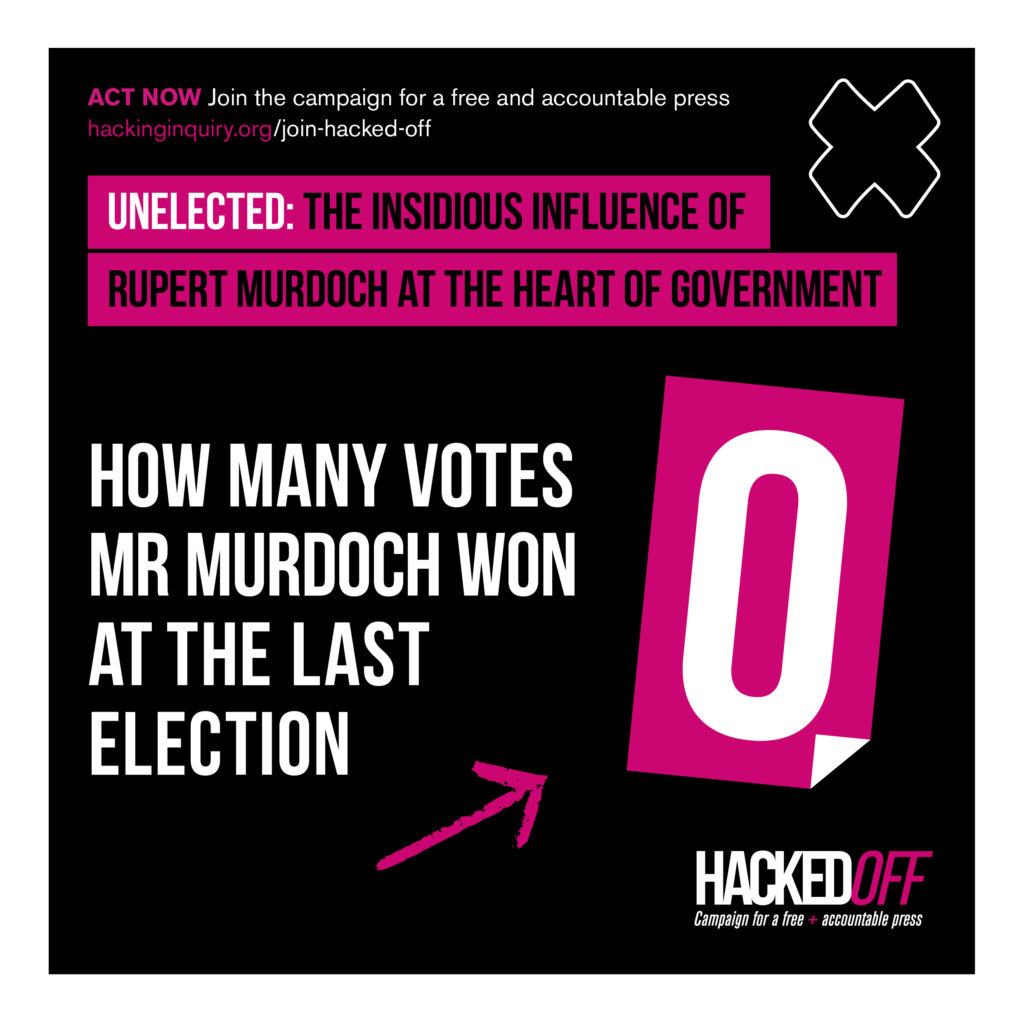 The post Unelected: the insidious influence of Rupert Murdoch at the heart of Government appeared first on Hacked Off.

‘It’s just too long’: children in detention may face Covid-19 restrictions until 2022
Should you delete TikTok from your phone? | Chris Stokel-Walker

This site uses Akismet to reduce spam. Learn how your comment data is processed.

This site uses cookies to improve your experience. Read more.